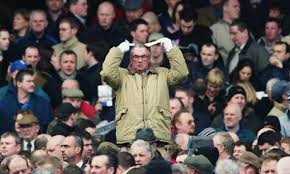 Signalling systems have existed probably for as long as man has. Certainly the ancient Chinese used smoke signals to convey messages along the Great Wall – and smoke signals have been used in many other civilizations. No doubt cavemen had ways of signalling to each other to warn of sabre-tooth tigers. Semaphore, naval flags, tic-tac….and there are many more.

Why have signalling systems always been so important to us? I suppose there are a number of different reasons. Firstly, they enable us to communicate with people who are distant – who cannot hear us, and maybe cannot see us. Secondly, they enable us communicate standard messages in a concise way – boats flying particular flags to warn of a fever – the white flag of surrender. And with these particular flags, there’s another advantage of the signalling system in that is has the ability to interrupt normal interactions with an urgent message. And a fourth thing occurs to me as well – the ability to transmit information that other people can’t understand – an element of codification.

Communication with someone who is distant – the feeling that they cannot hear or see me – these thoughts resonate strongly with much of the work I do counselling couples. Communication is not working properly – they are not listening to each other – they feel distant from each other.   So do signals have a part to play in our relationships? I think they do.

In fact, a lot of the time, when we communicate, we do use signals. Communication is not just about the words we say, but also about the way we say them. Our tone of voice, intonation, volume, our facial expressions, our body language – all these things contribute to the message which is received. In fact, if we use sarcasm, we will often say exactly the opposite of what we mean – but say it in such a way as to leave no doubt as to our real meaning.

Despite all these signals, conscious and unconscious, sometimes our messages don’t seem to get through – sometimes we are not heard. I was talking to a couple (let’s call them Tim and Anna) a while ago about this. Tim would often come home from work feeling annoyed, angry, tense about his day.   Anna would try to help by making a cup of tea, giving him a hug, telling him about something funny the kids had done. But sometimes none of this seemed to help, and would just make Tim more irritable and moody, and he would snap at Anna. What Tim really needed – sometimes – was just to be left on his own for a while to relax – but Anna couldn’t tell when he needed that and when a cup of tea and a hug was more useful. So they came up with a signalling system. If Tim wanted a hug he would put his briefcase down in the hall. If he wanted time on his own, he’d keep hold of his briefcase, say hi to Anna and the kids and retreat into the study.

All this was pre-discussed and worked well – Tim got what he needed – Anna was not hurt by his disappearance because she understood and knew that he would emerge in a happier state of mind. This is a bit like the naval “fever” flag – the briefcase signal immediately delivered an important message that overrode normal communications.

And what of the secret, codified signals? Do they have a place in our relationships? Yes, I think they can do. I couple a worked with used a code phrase “Not right now” which said something like “I can’t talk about this at the moment because I fear we might have an argument in front of the children but I am happy to talk about it later when the kids are in bed.” Another example comes from a couple I will call Mike and Sally. There was always friction when they visited Mike’s family. Mike and his brothers would tease each other – there’d be a lot of banter – and sometimes Sally felt that they ganged up on her – all teasing her together – and she found this quite disturbing and difficult to deal with. So Mike and Sally invented a secret signal that enabled Sally to say to Mike “OK, this has gone too far for me and I’m starting to feel quite upset by it. Please can you do something to change things – to let me see that you are on my side”. And then Mike was able to come and sit with her on the sofa, or suggest they went out for a walk, or turn the conversation around in some way.

The secret signal can be very powerful. In that private communication that only you and your partner understand there lies a sense of partnership and intimacy that can be one of the special characteristics of a good relationship.