Forgiving and forgetting. They’re so often bracketed together – and yet they are very different things. In using that phrase “let’s forgive and forget” there’s an assumption that the two things are associated – that one leads to the other – even that they are very similar. Is that right?

If someone has hurt you – whether it be a parent or a child, a lover or a friend, a boss at work or a teacher at school – whoever it is, the pain they have caused is something we will remember. I think that’s how memory works – we are most likely to remember things that have an emotional impact on us, good or bad. These things sit with us for a long time and we tend to rework them internally – and this prolongs the memory of what has happened. So it seems to me that the idea of forgetting such things is ridiculous. How could you forget about the parent who beat you, about the lover who cheated on you, about the boss who bullied you? Indeed, would forgetting about such things even be a good idea? These things are important, albeit negative, life experiences and as such are opportunities for us to learn about ourselves and about others. If we were able to forget about them, wouldn’t that leave us vulnerable to similar things happening to us again? “We must never forget”, for then we might repeat our historical mistakes. 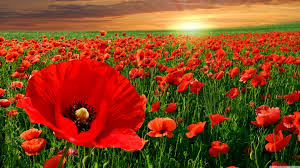 So, let’s not even try to forget, but what of forgiving? I think there are two main elements to that. The first is about understanding, and the second about feeling safe in the future.

If we are to forgive, the first step is to understand. Without that understanding we will tend to leap to conclusions. Why did your partner cheat on you? “Because he wanted to hurt me”. “Because I am a bad husband”. “Because I don’t give him enough attention”. “Because he doesn’t love me”. …and so on. The conclusions we jump to tend to be quite blaming – either blaming ourselves or blaming the “hurter” – and that doesn’t tend to lead to forgiveness. Gerneally, the reasons for our behaviour are quite complex and it can take time and patience to understand them. But to forgive I think we need to move from “My partner cheated on me because he wanted to hurt me” to something more like “When my partner cheated on me, he hurt me badly, but he didn’t intend to do that. The reasons why he did that are….” …and there may be many different things that let up to him having an affair. All this is not to say that the affair was justified or appropriate, simply that we understand the reasons, however bizarre the logic behind them might seem to be. 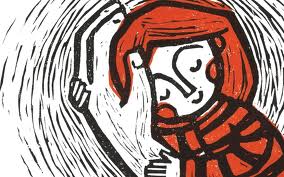 So, understanding is one element of forgiveness, but what about feeling safe for the future? If we are still in contact with the person who has hurt us it is important not only that we understand, but also that they understand. That can give us confidence that they won’t do it again – that they’ll be able to react differently next time similar circumstances arise, and so we can feel a bit safer. On the other hand if the “hurter” is someone who we no longer see – an ex-boss who bullied us, or perhaps a parent who is now dead – of course they are not in a position to hurt us again. In these cases, though, it is possible that other people – the next boss for example – might behave in similar ways and so it is important that we understand how we can better protect ourselves if similar circumstances arrive in the future.

When people talk say “let’s forget about it”, what they often mean is “let’s never talk about it again”. And I think that is because they haven’t really forgiven. Maybe they haven’t forgiven the “hurter”, and so talking about the event is still painful. But often it’s the “hurter” who wants to forget – because they feel guilty or ashamed about what they’ve done, and so they really haven’t forgiven themselves.

Forgive and forget? Instead, what about “Understand and Remember”?